Keeping your sanity whilst developing for Windows Phone 7 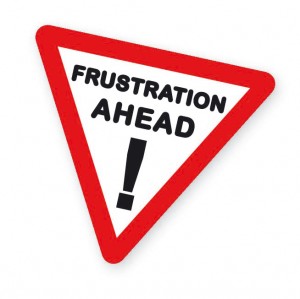 Please note that this post is written in April 2010, when the WP7 SDK is only one month old. Most of the issues described here will likely not be a problem in later releases. The defining characteristic of such pre-release SDK is that when you are doing the right thing, everything is OK. When you screw up, it just goes KABOOM! without much explanation.

I spent a few hours of trying to work out why I am getting these run-time errors and so I’ve put together a list of the most painful ones, enjoy.

Problem: {x:Static ...} is not supported in Silverlight.

You will get an obtuse error at runtime:

Get used to seeing that error. It’ll happen every time you screw up the XAML. Sometimes it’s more helpful than other times and you get the line number of the offending XAML. The line number, along with the exception text will be available in the Output window: 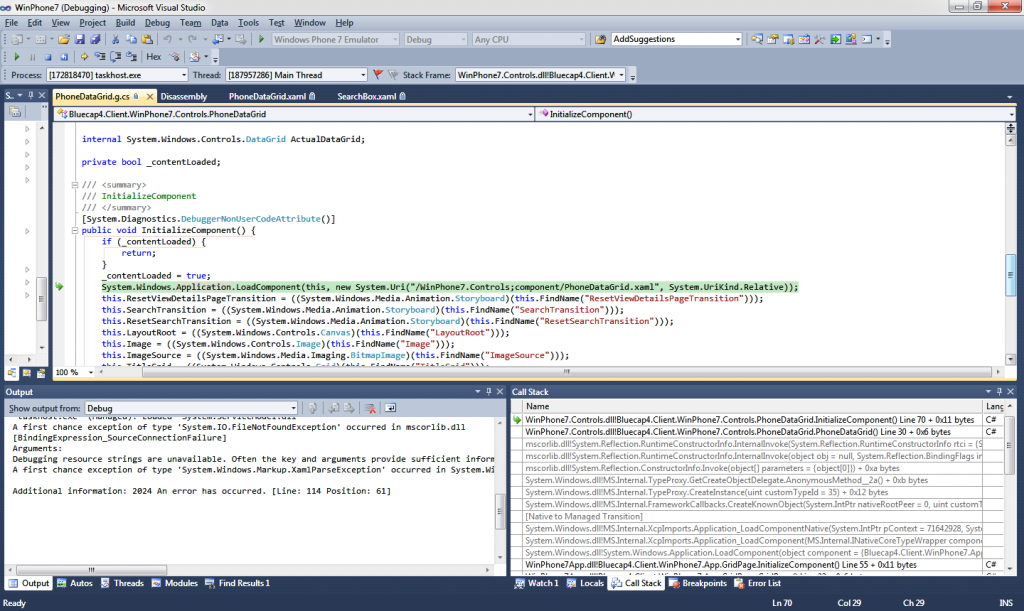 If you are like me and rarely look at the error window, perhaps you should start now. This particular error doesn’t raise a warning during compilation, but does come up as an error when the file is open in the editor:

Solution: Don’t use x:Static but instead an instance of a type in XAML like so:

In the below code Storyboard.TargetName is invalid. The project compiles and there are no errors in the error window.

At run-time, you get this error message:

The call stack only tells you that this is something to do with the animation:

Solution: To resolve this, check your animation element and property names. Unfortunately I haven’t found a way to get at the offending animation frame from the call stack. Would be happy to find out if there is a way.

Problem: “Object reference is not set to an instance of an object” error when debugging and crashes when running without debugger.

After adding a reference library you might start getting this error when you debug the project:

This is caused, as far as I can tell, by your references’ dependencies not being copied to the device. After hours of playing around with this it’s apparent to me that this is an intermittent issue with Visual Studio. It is supposed to work out what all the references’ dependencies are, copy them to the output folder and add them to the manifest file ($(OutputDir)\AppManifest.xaml).

Sometimes that doesn’t happen and the app gets deployed without those dependencies. It will still work, up until the point where a class is referenced from a dependant assembly and that assembly cannot be loaded. I expect this problem to go away in later releases of WP7 SDK. 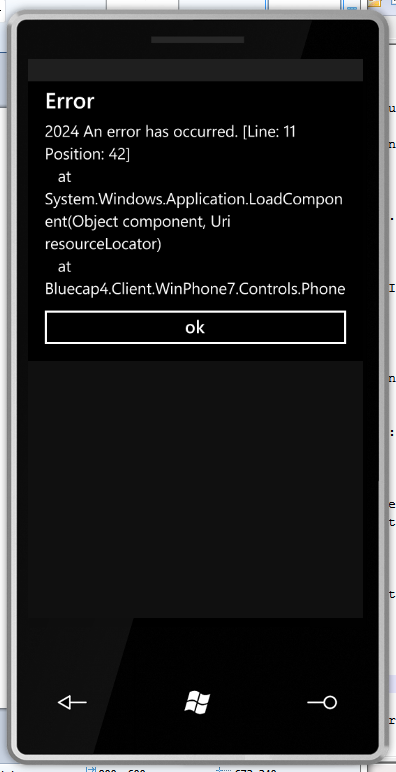