Why My Dyson Is A Better Smartphone Than iPhone 4

In order to start explaining how Dyson, which is a vacuum cleaner, and iPhone 4, which is a smartphone, are related I must start with City 2 Surf. C2S is an annual 14 km fun run that happens in Sydney, Australia. This would be the third time I am entering it and I have been training quite a bit. I am also looking at smashing my personal best this year.

So, as part of my training, I have been running to the gym in Saturdays sometimes - about a 10 km round trip. On one of those trips I decided to pop into the Harvey Norman, which is an electronics store, and grab a Turbine Head for my vacuum cleaner.

The reason I wanted one of these is because two giant border collies make the carpet in our house gets real hairy real fast. 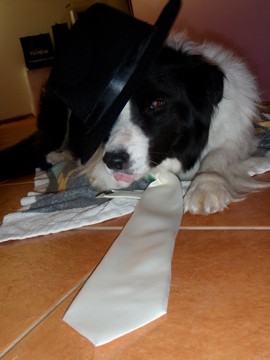 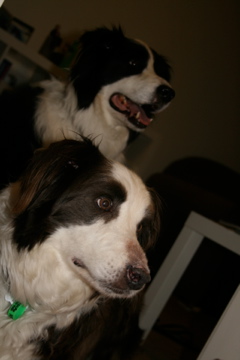 The store had the vacuum attachment that I was after but it was a lot bigger than i anticipated. I thought it would fit into my backpack, but it was at least twice the size of it. So I ran back home carrying it in my hands. I must have looked ridiculous :) but I got there in the end.

Of course, the Turbine Head didn’t fit. I took it back to the store and the salesperson apologised profusely, which he shouldn’t have, because I could have easily looked at the box and figured out that it doesn’t fit my model. He got on the phone to Dyson and had me talk to them. The Dyson person said that the turbine head for my model is generally not available from retail stores and I have to order it from them. Fair enough, at that point I wanted to give them my credit card number to which the Dyson person said no need, I already paid for it at Harvey Norman.

Mildly confused I got off the phone thinking that Dyson and Harvey Norman will work out who pays for what between themselves and relayed the conversation to the salesperson. He got confused as well, thinking that what they did was offer it to me for free, as he would give me a refund. That surely didn’t make sense to me as that means Dyson is sending me a free $130 part.

At point we got on the phone to Dyson again to figure out what’s happening. Long story short, they are sending it to me for free. Just because I wanted it. Unbelievable. Let me stress that the part didn’t not originally come with my vacuum, it was an optional accessory. Let me also stress that Dyson full well knew that my vacuum didn’t come with a turbine head as I gave them its serial number.

The thing arrived in the mail merely two days after I spoke to them and I am still somewhat shocked that they would just send this $130 part to me for free. In my books, this makes Dyson the most awesomest company in the world.

So how does that make my Dyson a better smartphone than iPhone 4? Well, by now we all know about iPhone 4 antenna brouhaha. My take on this is that the issue is real but fairly insignificant, depending on where you are. It took Apple, however, weeks of media assault, not helped by Steve Jobs’ snarky emails to finally offer the crappy $30 bumper cases for free to the iPhone 4 customers.

Now, there is a gulf of difference between the $30 phone case (which probably costs 30c to manufacture) and a $130 vacuum head (which probably is worth $10-20). Not only that, the vacuum did not have a design flaw, it was simply the wrong implement for my particular case. Yet Dyson sent it to for free, for no other reason than I wanted it. Unlike Apple, who had to bow in to the pressure of Consumer Reports with the whole free bumper thing.

So there, if Dyson was in the market of making phones, I would buy one instead of Apple’s counterpart. Oh and from preliminary testing the turbine head totally works on our carpets.