In this post I will go through creating solutions with code coverage, including ASP.NET MVC projects, setting up MS Test Specflow projects and getting all that to run on MS Team Build 2010.

The default out of the box setup for doing the above is not too tricky, however Team Build has stricter test pass criteria, so it is important to get both coverage and SpecFlow features with non-implemented steps to not return any errors.

Once your solution has at least one MS Test project, there will be a .testsettings file created. Double click it and go to Data And Diagnostics > Code Coverage(Check Enable) > Configure. Select your projects and you are good to go. 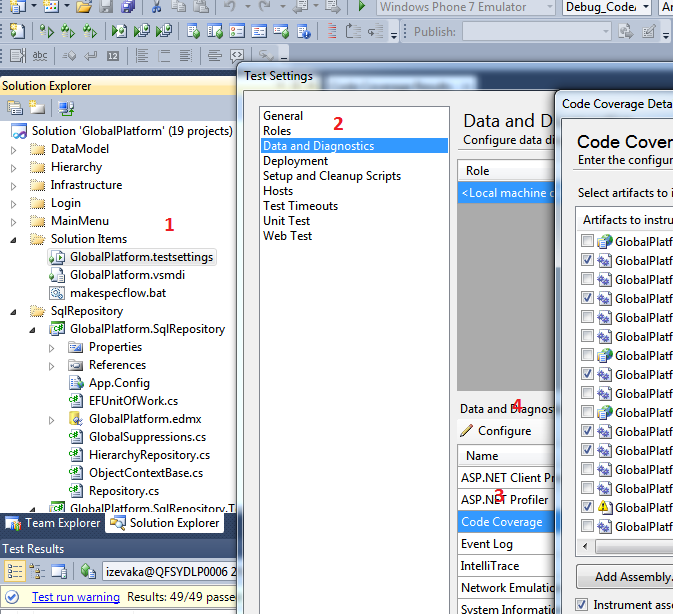 Once that is done, every time a test is run, code coverage data will be collected. To show the results, simply click the Show Code Coverage Results button in the Test Results window.

The problem, as I understand it, is to do with misconfigured Development Web Server (Cassini) that does not properly expose a helper handler for profiler to collect code coverage data. Not ever having used ASP .NET MVC specific features in MS Test (like [UrlToTestAttribute]), I simply removed all those attributes and removed that project from test coverage.

Next, in order to collect code coverage I simply added the MVC project DLL and the problem went away. By default, code coverage does special handling for MVC projects to instrument them as websites (which also causes the web server to start up and slow down the test run). If you then add the MVC project’s DLL, it’ll run with no issues. 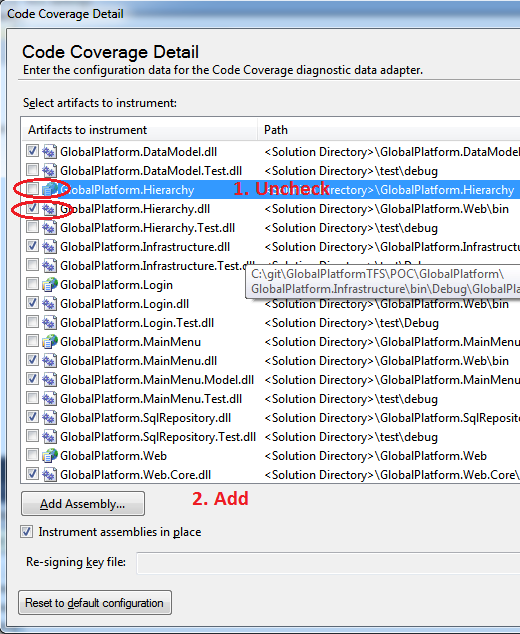 There are a number of solutions that I have profiled before settling on adding @ignore attribtue to every feature that hasn’t been implemented.

In Order to get SpecFlow unit test generator to spit out attributes, you will need to edit specflow.exe.config to look like this:

###In conclusion Hopefully, with these simple tips, you will be able to fine tune your CI environment using TFS to eliminate the little niggling things that take hours(days, in the case of MVC coverage issues) to resolve.