Running in 2013, with some pictures

I realised something funny about running in suburbs the other day. You inevitably end up in flood creeks and plains. It makes sense if you think about it. Flood retention zones happen to be the areas where you don’t want to build. They also happen to be nice and green and have paths.

I read Leah Culver’s post about running and on a whim said to myself: “I can run 100 miles a month, surely. Marathon - meh, I haven’t got time for that.”. Boy, was I wrong. Up to this point a 30 km week every now and then was a massive running week for me. 160 km felt right - 40 odd km a week is marathon training territory.

Being employed full time and having two small children (boys one and three) getting more running time required a change in tac. My work has a shower and I run at lunch time every now and then. Running at lunch time is not that great - I need close to an hour of actual running time and by the time I get changed in and out of running clothes an hour and a half passes. My normal commute is a 20 minute bus ride and a 40 minute train ride. Replacing the bus ride with a run was pretty much the only choice. A 20 minute bus ride became a 40 minute run. For only 20 extra minutes I gained a nice morning workout. It took a while to get used to the routine of keeping a change of clothes at work - resulting in gems like these: 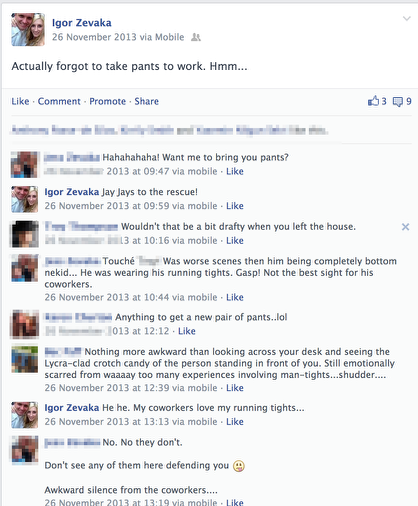 I started on the routine of running to work every day in mid June and by mid July I racked up 161 km. Whoah - achievement unlocked. I just kept up running. Here are the stats for the rest of the year:

Sydney hosts a pretty spectacular marathon in September and running a 42K race always seemed like an unachievable goal. Around about mid-August I went “You know what, I should just do that!”. I signed up to marathon with one month and 3 days to go. Shortly after I decided to do a training long run to prepare myself. 32 km taught me two things:

Looking back, entering a marathon with a month to go is crazy. But then again, I was subconsciously training for it for three months. I finished the race in 3:57. I was hoping for 3:30-3:45 but by the time i got to half way mark, my only aim was to finish. Not only I finished my first marathon, I managed to raise $800+ for a cancer charity as part of it! Here is a picture of me looking “refreshed” at 20 km mark: 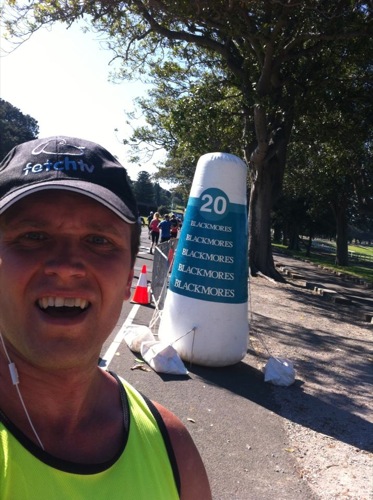 The best thing about racking up so many kilometres was discovering all the trails around my place. Trail running is so much better than footpath - the air, the sounds, the isolation make it quite an experience. I even take my headphones off - don’t want to miss out on any part it. One especially spectacular trail is Bidjigal Reserve - it’s about 8km long, amazingly picturesque, has historical aboriginal caves and is on the way to a bus stop from where I can get to work in 30 minutes. Here are some examples: 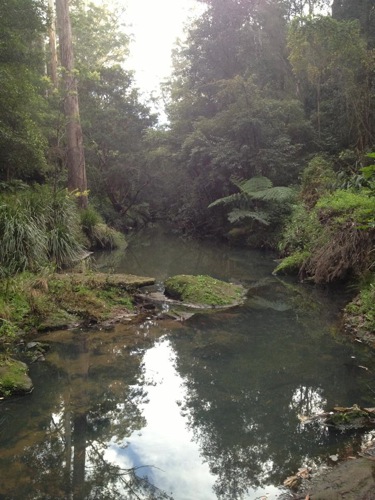 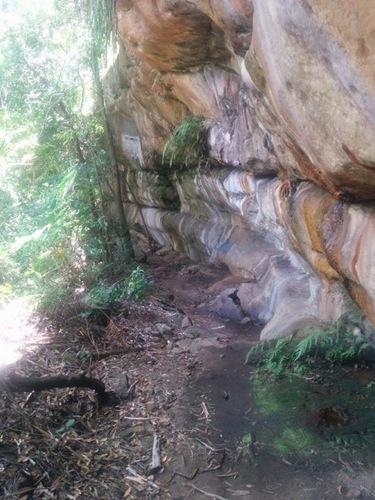 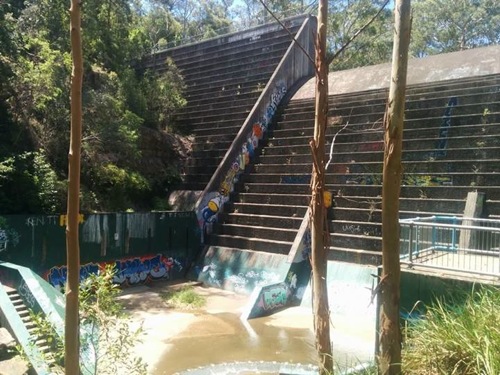 2014 should be pretty exciting. I’m planning to do three marathons and a 14K fun run and have already booked the Great Ocean Road marathon trip.